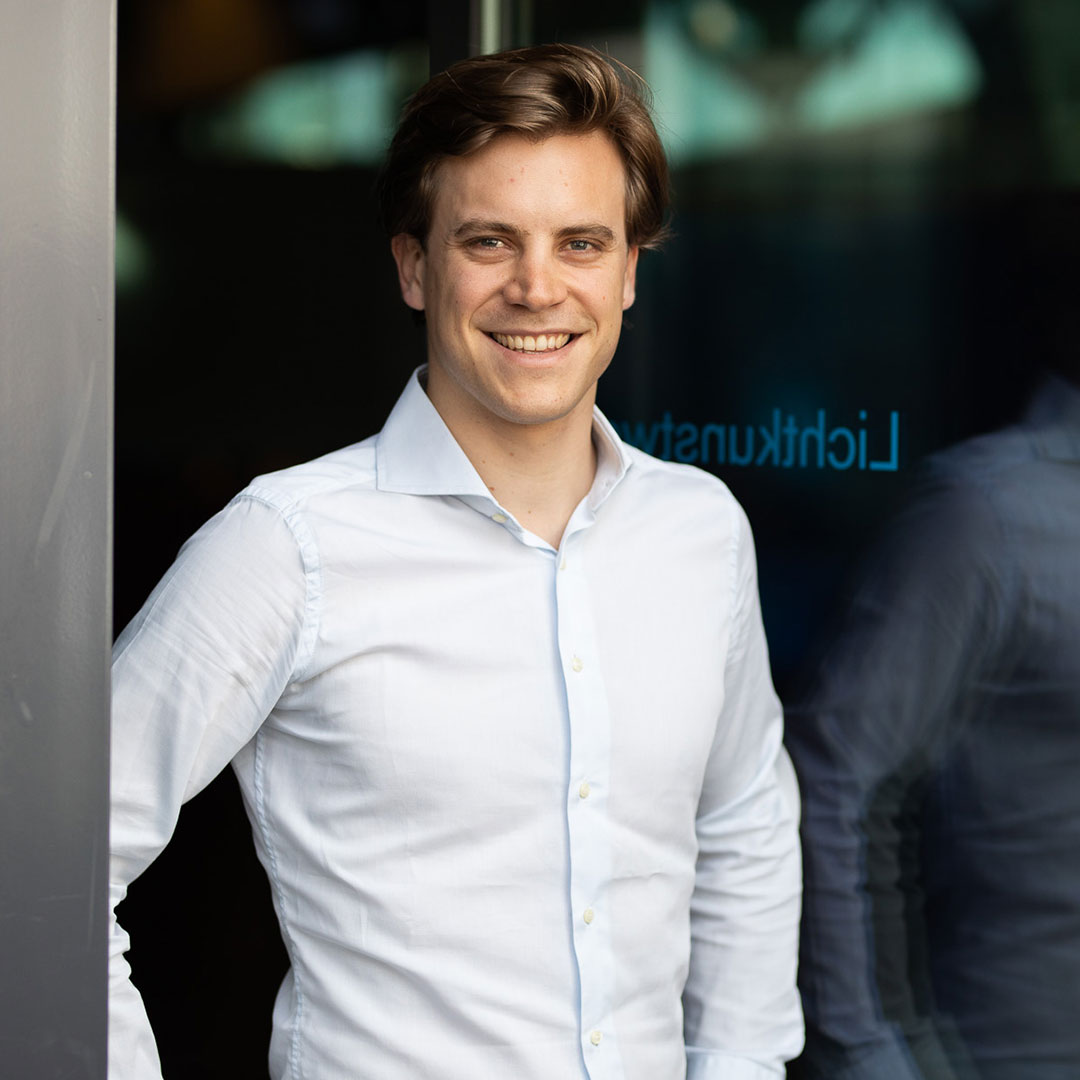 In 2018, Speedinvest Marketplaces & Consumer invested in Admix — a monetization platform for Virtual Reality (VR) and Augmented Reality (AR) developers that connects them with advertisers — because the London-based team pitched a well-thought-out playbook on how to build and leverage these success factors.

Fifteen months later, Admix continues to be a formidable example of how, when successfully combined, network effects and defensibility drive long-term business success.

What’s their business model and how can your marketplace startup learn from their playbook? Find out below.

Building the Leading Ecosystem of Tools for Spatial Computing Creators

When we look at the two large technology platforms of today, web and mobile, we observe that their development has always followed a certain pattern. Apps and related infrastructure evolved in responsive cycles, with apps inspiring infrastructure and vice versa (this blog post by Union Square Ventures describes the underlying dynamics very well). In both the cases (web and mobile) we have ultimately seen infrastructure layers emerge that provide creators (i.e. app developers) with an ecosystem of tools for monetization, growth and analytics.

The web, for example, benefited from new infrastructure tools such as html, Java or mySQL code — all built in the 90s. They subsequently fueled the creation of an application layer that includes internet giants such as Google, Facebook or Amazon. After that, an infrastructure layer with tools such as Github, Shopify, Adsense and Wordpress appeared — tools that made it a lot easier for anyone to start an online business.

In the mobile world, operating systems such as iOS and Android built the foundational layer for applications such as WhatsApp, Instagram, Snapchat or Uber. Over time, an ecosystem of services such as Twilio, Admop, Mixpanel or Stripe emerged that equipped developers with a much better tool-set to succeed in the mobile space.

If we look at today’s AR, VR and XR landscape, we can see that the first infrastructure layer is already in place: software tools such as Unity and Unreal that help developers create XR applications, in particular games (for example Beat Saber, Pokemon Go and Rec Room). However, the XR market in its current state is such that there are a number of technically proficient XR developers, yet they lack the means to monetize and market their apps.

This is where Admix comes in. Admix is building the leading ecosystem of tools empowering spatial computing creators. Admix aims to own a significant part of this new “second layer” of XR infrastructure (see chart above). As mentioned previously, in the web and mobile space, this “second layer” has already created billion-dollar businesses.

What are the odds?

Well, history has shown that the infrastructure tools and the ecosystem that support creators were very specific to every technology platform. Adapting web to mobile did not really work for many players and adapting mobile to XR won’t work either. So, while the Admix vision may be bold, as a fast-growing start-up with a clear strategic focus the company is in an excellent position to tackle the market.

The Starting Point: A Monetization Platform

So where does Admix start? Their beachhead into the market is a monetization platform, connecting XR developers and advertisers. The platform solves one of the biggest problems of XR developers: Finding a way to capture value from their user base. Admix provides a free plug-in for Unity and Unreal, the two most important and largest XR development frameworks. This plug-in enables XR developers to use an intuitive drag & drop-function to create 2D or 3D areas designated for advertising (e.g. virtual billboards). On behalf of the developers, Admix then sells this “virtual estate” to the highest bidding advertising customer, thereby enabling the developers to monetize their users. The areas designated to advertisements are perfectly integrated into the XR environment, so that the end-user experience is 100% non-intrusive.

Thanks to Admix’ integration into the world’s biggest ad exchanges (so called DSPs — demand side platforms), many of the largest and most popular global brands have already booked XR advertising space through Admix. The model is completely programmatic, in stark contrast to some of the existing models where development agencies hard-code static banners into games or XR environments. This highly scalable and tech-driven approach has enabled Admix to grow from its ad inventory from 2m to 1bn monthly available impressions within 1 year.

What makes Admix’ product even more exciting is that it is built for XR, but works great for mobile and e-sports, too. This means Admix growth potential is not solely dependent on the speed of future XR adoption. As a matter of fact, they can tap into a wide array of revenue opportunities outside of XR.

Network effects are a topic that we at Speedinvest Marketplaces & Consumer particularly mindful of. They are a key pillar of our investment thesis and the common denominator of most of our investments. With this is mind, you will quickly understand why we got excited in our first conversations with Admix. Below you can see a schematic overview how Admix creates network effects:

1. There are 2-sided network effects between creators (the supply side of the Admix platform) and advertisers (the demand side): The more creators Admix attracts, the more inventory (i.e. XR apps and dedicated advertisement space) is added to the platform. This in turn results in higher spending of advertisers. Higher advertising spent means more revenue for creators which then attracts additional creators to the platform.

2. There is also a direct network effect between creators: Ads in XR apps are one of the most effective means to promote other XR apps. Hence, onboarding more creators leads to more cross-promotion between apps, so that more users are acquired. This dynamic is growing the marked and increasing the revenue potential for creators. Ultimately, more creators are being attracted to Admix to benefit from the economic opportunities.

3. The model has also strong data network effects: The more user data Admix can capture and the more data points it can collect about user preferences (based on the interactions with the ads), the smarter the algorithms become. This means that Admix can segment the end-user base in a more granular way, so that it can offer better targeting options and engagement metrics to the demand side, i.e. the brands investing in advertising.

Finally, we also liked the fact that the Admix model has trans-regional network effects. It is — at least partly — an international business from day 1, since campaigns are often rolled out across several countries.

Admix is a great example of a company that can build a well-protected “economic castle”. The company is not only creating deep moats through network effects as described above, it is also applying several tactics related to creating further defensibility. In a previous blogpost about our Speedinvest Marketplaces & Consumer Marketplace Scorecard, I described several indicators for the future defensibility of a platform. As you can see below, Admix ticks the box on almost all of them.

Opportunity for tech to create value: Admix is much more than “just” a marketplace connecting demand and supply. The company has built sophisticated tech-integrations, i.e. APIs on both sides of the market. Most importantly, Admix’ SDK provides huge value-add to content creators, as it is fully integrated into the standard developer tools (Unity and Unreal).

Opportunity to gather data with unique value: Behavioral data will become the holy grail of advertising. On the back of a high SDK penetration in XR apps, Admix is in a prime position to be the first to collect and package gaze tracking and other unique data for advertisers. Of course, this data will be captured anonymously. Admix has a strict policy regarding the protection of end-user data.

Community: Admix is a textbook example on how to create a community. Specifically, it creates a community that gives them a lot of proprietary access to XR developers and XR end-users. So far, Admix’ Facebook page has attracted more than 9000 highly active members. The company uses the group to share free resources, guides and deals within the global XR community. Providing relevant content for the community is all in-line with Admix goal to be top of mind for creators — to be more than just a tool. Admix has reinforced its community strategy with the acquisition of VR focus, a leading online portal for VR news. It has more than 200k followers and an overall audience of 2M people.

Additionally, Admix’ CEO & Co-founder Sam Huber is on his way to becoming a well-known authority in the XR space — which CEO of a seed-stage start-up can claim to have more than 10k active LinkedIn followers? His posts regularly attract thousands of viewers and hundreds of generic likes and comments.

Customer or supplier integrations: As indicated above, Admix uses technology to build deep integrations on both sides of the marketplace. These integrations take significant time, resources and knowledge to build — something that cannot be replicated quickly and easily — and help establish Admix’ position as the preferred business partner in its market.

First mover advantage: There is no direct competitor to Admix yet. Admix has a classical first mover advantage in a space where any contestant benefits massively from network effects. On the supply-side, more than 95% of XR developers worldwide are already engaged with the Admix community in one form or the other (incl. via VR focus). On the demand-side, Admix is already connected to the top demand-side exchanges such as Pubmatic, OpenX, Google or Appnexus.

Already today, playing catch up with Admix would be a difficult and costly challenge for any potential competitor.

Last, but not least, we have invested into Admix because of the team. Sam brings in a lot of experience from the mobile gaming industry. His co-founder Joe is an experienced marketing and advertising executive who has led teams of more than 250 people. They form a perfectly complementary team and have never left a doubt that they want to turn Admix into a very big company and the dominating player in the industry. So far, they have taken all the right steps to get closer to their vision. At Speedinvest Marketplaces & Consumer, we are glad to be a small part of their journey.

If you want to learn more about Admix feel free to reach out to me or contact Admix directly by emailing Sam.Huber@Admix.in.

Learn more about the Speedinvest Marketplaces & Consumer team and sign up for our newsletter to get our exclusive content delivered straight to your inbox.