Does the Term “Femtech” Help or Hinder? 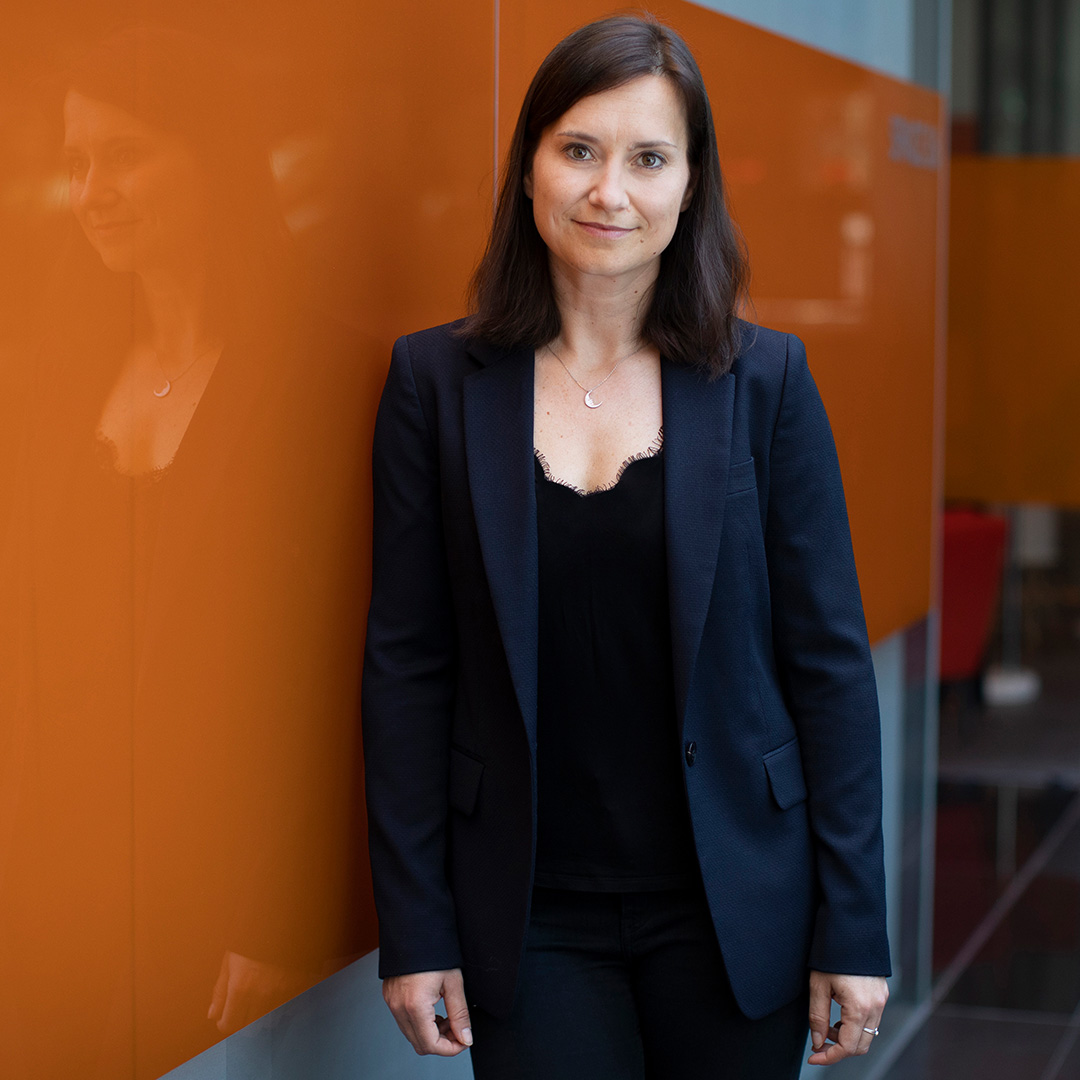 Why does the term “Femtech” even exist?

Female bodies have always been shrouded in mystery and looked upon with suspicion. This extends to medicine as well. In fact, did you know that:

The historical lack of funding, data and representation in clinical trials has had huge knock-on effects on our understanding of female physiology, female-dominant conditions, as well as on drug efficacy, dosage and side-effects for half of the world’s population.

Compounded with systemic gender biases in medical education and training, it’s perhaps not a surprise that 84% of women feel unheard in healthcare settings, with their pain often being dismissed and their conditions often misdiagnosed.

For those hearing it for the first time, the term Femtech refers to technology products and services focused on women’s health. The potential of the Femtech sector is enormous as it caters to half of the world’s population and innovates in an area of health that has been chronically under-researched and under-funded.

The term itself was coined in 2016 by Ida Tin, the CEO-founder of Clue, one of the first period tracking apps. She observed a wave of innovation happening in women’s health and saw a need for an umbrella term that would connect founders, funders and media, as well as help track the evolution of the sector over time.

I have experienced the power of the Femtech label first hand. Having sat through hundreds of VC pitches as the CRO at Elvie, I’ve seen how many investors initially  struggled to place us.  We combined many VC no-nos (hardware, intimate topics, unproven categories)…. and we didn’t fit neatly into any typical sector.

Were we Consumer? Health? Tech? Were we in or out of scope?  But as the excitement around Femtech began to grow, Elvie graduated from niche (eye rolls….)  to cool and even to mainstream and quickly became one of the driving forces behind the growth of the sector.

Femtech companies have enjoyed a well-deserved media spotlight over the past few years.

The term now feels commonplace in tech and most of the best known generalist European VC firms (50%+ based on our internal analysis) have made at least one Femtech investment in recent years. VC investment in the sector has been steadily growing and, in 2021, broke all historical records with $2 billion invested.

However, it’s still very early days for the Femtech sector, especially in Europe. As a share of digital health funding, Femtech still receives only 4%. There are only two European Femtech companies (Elvie & Flo) that have raised more than $50 million in VC funding as of publication.

But the Femtech story is getting more complicated again.

Labels can empower us or hold us back.  Women’s health is overloaded with legacy language that feels out of place in 2022. Sanitary or feminine hygiene products? An inhospitable womb? Geriatric mothers (I was one) and natural births (I didn’t have one)?

Recently, I have found myself having multiple conversations about the Femtech label. Some continue to view it as essential, while others feel it is not inclusive enough, or even see it as an outright hindrance.

Andrea Berchowitz, CEO & co-Founder of Vira Health, “I do think the word has been useful…. Where I think [Femtech] is not useful is when it is mistakenly applied to all female founders or where it somehow ‘others’ our businesses. Vira Health is a digital health business. It’s also a FemTech company.”

Anna Butterworth, Founder of Ultra Violet and author of Femtech Futures 2023, “Created initially to improve equity in the medical data gap, the funding gap and innovation gap in women's health, it now feels like it's excluding large parts of the population who also suffer from a similar lack of support.”

Deepali Nangia, Partner at Speedinvest and co-Founder of Alma Angels, “In my view, Femtech is as much a sector as crypto or the metaverse. It highlights all the innovation that is happening and highlights it as a large enough category in itself. If women didn't talk about the vote, would we ever have it? I feel the same way about investment into Femtech.

I was keen to get a perspective on this question that extends beyond my circle, so decided to launch a poll on LinkedIn. While obviously not scientific in nature, I was still able to get some interesting insights.

The answers from more that 150 respondents reflected a split in views on the utility of the Femtech label and stark differences in perspectives between male and female respondents.

Note: Respondents are labeled as either female or male based upon their preferred pronoun choice or, when not indicated, their gender presentation.

Diving into the results, when we exclude those with no strong views, the overall picture highlights that most people still believe a label is needed: 43% believe Femtech is “still necessary” and 25% feel it is most likely needed but “in need of an update,” while only 33% believe the label “should be avoided; it’s just tech.”

The differences in perspectives are stark when broken down by sex. First off, a much larger proportion of female respondents hold a strong view on the subject overall. Only 12% stated that they did not, compared to 30% of males.

When those with no strong position are excluded, the vast majority (85%) of female respondents believe in 2022 that there is still a need for the Femtech label specifically (55%), or some update of it (29%).  The remaining 16% believe that the Femtech label should be avoided altogether, saying that “it’s just tech.”

A non-binary-identifying person also responded that they believe that the Femtech label is “still necessary.” Answers from male respondents are split almost exactly 50-50.

The role the Femtech label played in shining a light on women’s health and galvanizing the (male dominated) VC ecosystem is undeniable. You can’t measure what you can’t see and having a consistent terminology has enabled us to track and analyze the sector over time.

Women’s health has a lot of catching up to do and so does diversity, including gender equality, on the VC side of the table. More than half of female respondents still view the Femtech label as essential to helping to close these gaps, while only 30% of the male respondents view it the same way.

Three times more male respondents said that the label is “to be avoided; it’s just tech” than females. Some may have come to this conclusion with an egalitarian rationale (where is the Maletech equivalent?). Others may have chosen that option simply because their lived experience has left them unaware of many of the challenges that are commonplace with founders and investors in women’s health.

Both male and female respondents may share a concern that is common among Femtech founders, that the label puts their business in a box that feels too small and restrictive. Isn’t Femtech just human, consumer and digital health? Does the term Femtech increase the perception that women’s health is something that only female founders, female investors and female journalists can do?

In need of an update

Many founders and investors may feel that the Femtech label is not sufficiently inclusive or, too often, misapplied.

Why are certain topics like infertility clustered under Femtech when they are experienced by both sexes? How can we do more to highlight the overlapping experiences of other marginalized communities (LGBTQ+, BIPOC, the elderly, etc.) whose experiences of the healthcare system are often even worse?

Exchanges of ideas can only happen with a shared vocabulary

To me, this poll confirmed that the need for shared language to discuss women’s health is as strong as ever. Whether the Femtech label is still the correct one for 2022 is a more nuanced question.

Specifically, I struggle with the “it’s just tech” narrative. Women’s health still needs to be elevated. By shining a light on it, you do not undermine other areas of health. I believe we can and must build companies that are loudly proclaimed as women’s health and human or digital health businesses.

Learn more about the Speedinvest Health team and sign up for our newsletters to get our exclusive content delivered straight to your inbox.