What is Equity Dilution? What Startup Founders Need to Know 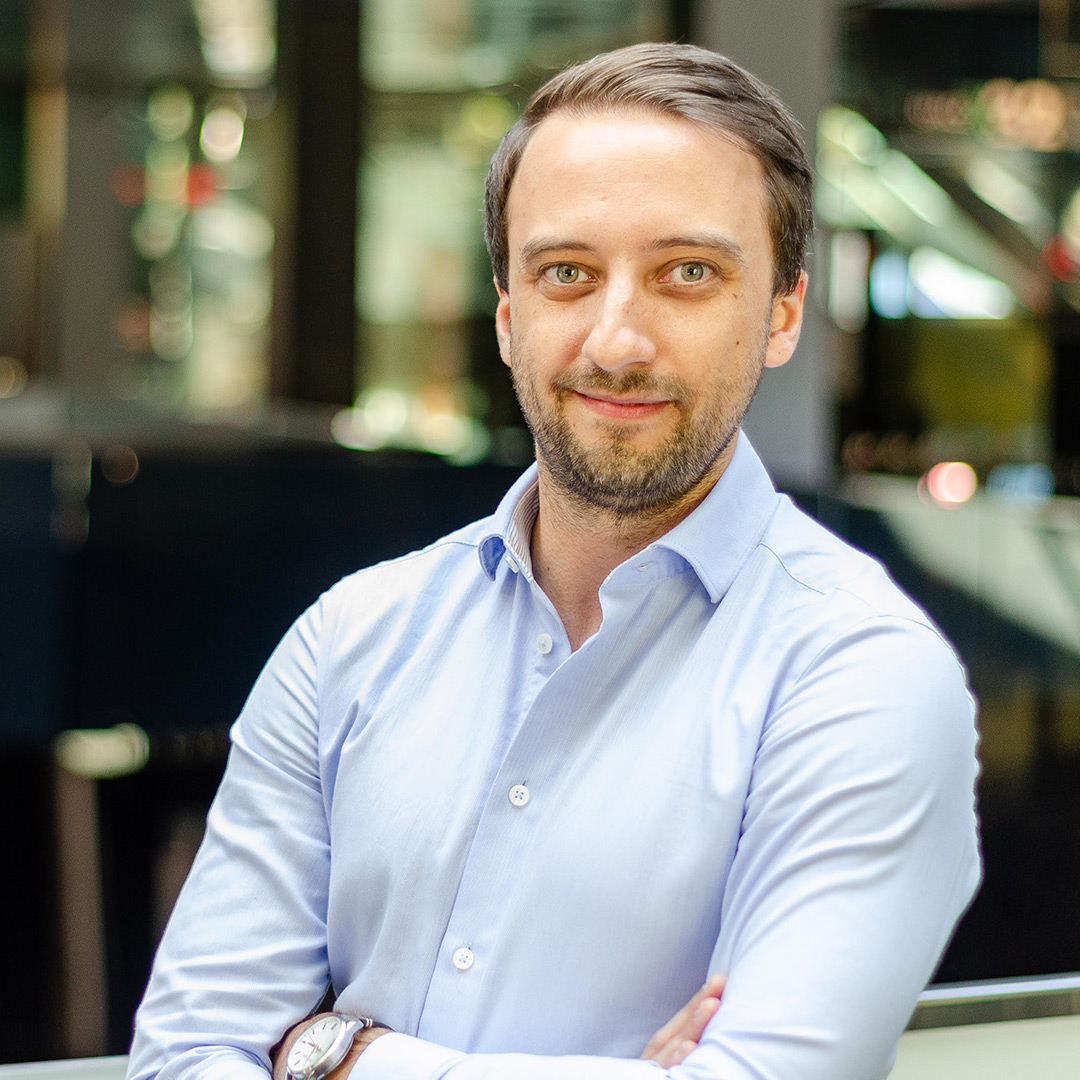 The concept of equity dilution can be a tricky one. At first glance, everything sounds straightforward and more like a matter of common sense than rocket science. Once a great idea is born, a company of some sort is established, investors join by acquiring a few shares in said company, and in the end, the venture is either sold or goes public.

However, as with a lot of things in life, it can get quite complicated once you dive a bit deeper into the matter. Math and formulas get involved, which in and of itself leads to a lot of people not wanting to engage with the topic.

Whether you’re looking to start your first company or you’re taking your first steps as an investor, you should have a strong understanding of equity dilution. In particular, you (and not only the lawyers engaged with a financing round) should have a solid grasp of:

In this piece, we’ll go over the general concepts of equity dilution and down rounds, highlighting the effects that fluctuating valuations can have on founders, and investors over several financing rounds.

On the surface, the situation seems crystal clear: Ownership in any company is capped at 100 percent. No matter how many capital increases/decreases, (reverse) stock-splits, share buy-backs, or other shenanigans happen, total ownership can never exceed 100 percent. This leads to the obvious conclusion that any addition of new (equity-)shareholders inevitably reduces (dilutes) the shareholding percentage of some (or all) of the existing shareholders.

This basic concept can be referred to as “Percentage Dilution” (or ownership dilution). Imagine a company with two founders with 50 percent ownership. They want to get their first investor on board. The investor will receive 20 percent participation in the company in return for a specific investment amount as well as other non-monetary support.

No matter how you structure this deal (e.g. issuance of new shares via capital increase, or transfer of existing shares via secondaries), the combined shareholding percentage of the two founders will need to decrease to 80 percent to make room for the investor. In other words, the addition of the new investor dilutes the founders’ ownership stake in the company.

‍The link between dilution and valuation

At this point it’s also worth emphasizing that there is a link between dilution and valuation. Take for example founders who are looking for their first investor. When negotiating funding in the amount of, say, €500,000, it makes a significant difference in terms of dilution, whether the agreed pre-money valuation is €4.5 million (leading to 10 percent dilution) or €9.5 million (leading to 5 percent dilution).

On a simplistic level, the situation of the parties involved in a financing round looks something like this:

The interim result is that the ‘Percentage Dilution’ is an almost natural occurrence in equity financing rounds. While it may diminish the respective shareholder’s voting power, getting diluted (percentage-wise!) can still lead to an overall increase in the value of such shareholder’s participation, assuming the overall valuation of the company keeps rising. It’s therefore a logical part of every VC’s business model.

What About Economic Dilution?

The real issue for any existing shareholder, however, comes in the form of so-called economic dilution. This form of dilution can occur in a down round scenario, which happens when a company raises fresh money at a lower valuation compared to the last priced equity round.

In other words, the Pre-Money Valuation (i.e. valuation of the company before receiving the next round of financing) agreed on for the new (down) round is lower than the Post-Money Valuation (i.e. valuation after and including the new round of financing) that was reached at the last financing round. As a result of this, the investors participating in said down round pay a lower share price than the price per share that was paid in the course of the last round.

Though we’re focusing here on the dilution-related aspects of down rounds, it’s important to understand that down rounds are, generally speaking, bad news. They can have negative implications beyond diluting existing shareholders, such as bad publicity and reputational damages that can significantly harm the growth of early-stage companies.

Let’s now take a look at a more detailed example. Consider a company with two founders who have already put in place an employee stock option plan (ESOP) and are now looking for some outside funding.

The company manages to attract a Series A Investor who is willing to invest €5 million at a Pre-Money Valuation of €20 million. Sidenote: For the sake of simplicity, (i) going forward the ESOP pool will remain untouched in this example and (ii) for each consecutive financing round, the new investment will be taken on by a single investor without any of the existing shareholders exercising their pro-rata rights.

It's important to note that while the existing shareholders’ ownership percentage in the company has decreased, the (economic) value of their shares has not necessarily declined. This is because the latter depends not only on the percentage ownership, but also on the current valuation of the company. This means that if the step up in valuation is big enough, this uptick can (over-)compensate for the percentage dilution.

Looking at a Down Round Scenario

Looking at our example, the Series A Investor’s €25,000 shares now comprise only around 17 percent of the company’s fully-diluted share capital (down from 20 percent). However, based on the new valuation of the company, those €25,000 shares are now worth €10 million (up from €5 million). In other words, it’s a pretty sweet deal for the Series A Investor, who will not be too sad about the slight decrease in percentage ownership.

N.B.: Whenever we talk about the value of shareholdings increasing/decreasing in the context of financing rounds, these are strictly speaking “on paper” changes. You obviously don’t immediately make any money when the valuation of your shareholding rises due to an up round (and vice versa for down rounds). While valuations can be seen as the primary indicator for the value of a private company, shareholders need to find a purchaser to acquire the shares in the company for a corresponding price to realize this “on paper” value.

Let’s assume that shortly after the company’s Series B round, the business starts to struggle due to an unpredictable market downturn. As the company has grown based on the very successful early financing rounds, it has developed significant capital needs and requires fresh money to keep the ball rolling.

However, due to an overall tougher fundraising environment, the company is only able to attract a new investor who is willing to enter into the company at a Pre-Money Valuation of around €37 million. As this valuation is below the Post-Money Valuation that was achieved in the Series B, we are in a down round scenario.

The first thing that stands out is that due to the lower valuation, the share price of this round (i.e. €250) is below the share price that was paid in the Series B (i.e. €400). In other words, the ‘Down Round Investor’ acquires “cheaper” shares.

Consequences of a Down Round

Now let’s take another look at the consequences of this down round for the value of the Series A Investor’s as well as the Series B Investor’s respective shareholding:

If the Series A Investor sold their 25,000 shares at the valuation of the down round, it would still result in a profit compared to the original Series A share price. However, it could still feel like a loss given that the Series B terms of those shares could have been valued at €10 million.

Related Reading: From Term Sheet to Closing: A Founder’s Guide to Ace Your Financing Round

As expected, the situation for the Series B Investor is even worse. While the Series B Investor’s shareholding percentage only decreased by around 3 percent, the economic value of its 22,500 shares has declined by around 40 percent. This example shows the potentially devastating effects of a down round for existing shareholders, in particular with respect to the economic value of their existing participation (again, on paper!).

In order to avoid or at least reduce the negative effects of (potential) down rounds, investors will regularly seek to put some form of protection in place at the time they enter into a company. The form such protection can take and the potential effects of different “anti-dilution” mechanisms will be discussed in a forthcoming article. Stay tuned!

Marketplaces & Consumer
What Founders Need to Know About Marketplaces: An Interview With Luca Bocchio

Marketplaces & Consumer
What Do Early-Stage Investors Look For? An Interview With Carmen Rico

Industrial Tech
The Importance of Investing in a Nature-Positive Economy